May 15, 2016
I’ve seen toughness in many forms.  Having spent most of my professional life around athletes, my rolodex includes names like Cal Ripken Jr., who famously played 2,632 baseball games without taking a day off; Willis Reed, named NBA Finals MVP after dragging a barely functional right leg up and down the Madison Square Garden court in a storied Game 7 victory; “world’s strongest man” and WWE superstar Mark Henry; and NFL wide receivers like Mike Quick, Cris Carter and Tim Brown, each of whom ran fearlessly across the middle of the field in a job defined by continual brutality, frequent pain, and occasional debilitating injuries.

But the toughest athletes I know are often draped in lavender and violet spandex and tend to leave a trail of sequins and rhinestones in their wake.  One of them is my own daughter.  She is a baton twirler and she is an absolute beast. 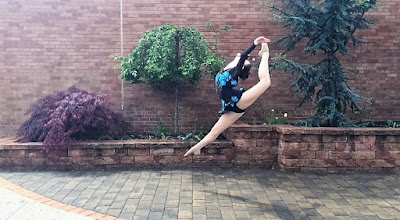 Sure, we can quibble over the definition of “tough”.   If someone slammed down a glass in a gritty barroom and demanded to know who the toughest guy in the room was, I’d not likely suggest Jillian or any of her teammates.  That reality, however, does nothing to diminish my belief.  As I write this, her team – The Dynamics – has just finished competing in the New York State Championships; a two day affair that challenges the stamina of young athletes, the patience of their parents, and the sanity of anyone forced to listen to the same infernal music over and over and over ad infinitum.

Through it all, twirlers from first grade through college keep their minds focused and their bodies primed.  At any given moment, each of them is asked to break the tedium with two spectacular minutes of precise twirling, elegant body work, and unbridled athleticism.  Working in groups and as individuals, they hurl batons high in the air, execute routines like soldiers, dance like ballerinas, defy gravity like gymnasts, contort like yogis, and leap like basketball players.  Naturally, their success is not guaranteed.  Some disappoint themselves, others are thrilled, and most fall in the middle.  But they always smile and they all get up and do it again.

That’s where the toughness wins out.

I don’t know what you call the generation born in the first years of this century – I guess they are “post millennials”.  Whatever we call them, they are not portrayed glowingly in the mass media.  I take exception to that.  Yes, I’ve seen plenty of helicopter parents and lackluster children.  I, too, shake my head when my daughter keeps her face buried in her “device” instead of a book and is afraid to cross a suburban street at the same age I wandered Manhattan unaccompanied.  But there is another side to this generation.  My focus group – the close friends she calls her squad – includes several girls who play multiple club and school sports, one who started for two varsity sports as a ninth grader, and one in the National ski program.  They are each straight A students and are active in their communities.

Moreover, they manage schedules we couldn’t have imagined with as much grace and dignity as teenage girls can muster.  Individually and together, they are an impressive lot of 14 and 15-year-olds and I am confident of a future in their hands.

Even with my high opinion of this generation, though, baton twirlers stand out among their peers.  Aside from the parents and coaches in the audience this weekend, the spectators likely had no idea what brought each of those girls to that point.

From the top performer to the bottom, I know exactly how they got there.  For the past six years, my wife and I have driven Jillian to innumerable practices in sweaty gyms without the heavy makeup and glamorous costumes.  Like twirlers from coast to coast, she and her teammates have also sought out wintertime arenas and summertime tennis courts when those gym ceilings are not high enough to contain them.  They get off the school bus, eat quickly, and spend hours at practice before leaving with sore muscles, damaged egos, stressed joints, and a never-ending array of bruises and scrapes.  I’ve seen the temptations to take an easier path and been privy to the negotiations they have with themselves before electing to press forward.  Many talented girls find the challenge too daunting and do not make it this far. But Jillian continues to run from four and five hour twirling sessions to several hours of dance class and many of her teammates still find time for dance, gymnastics, martial arts, or school sports.

Truth be told, there are more reasons to quit twirling than to carry on.  It is a humbling and expensive sport that cannot help but disrupt family business.  The Dynamics have recently competed in Florida, California, Texas, and Vancouver.  They are currently packing for elite competitions in Pennsylvania and Alabama in a training cycle that will culminate with next summer’s world championships in Croatia.  Their beautiful aesthetic is built on the back of a coach who constantly coaxes effort and performance out of young athletes through an old-school combination of support, challenges and demand.  She works toward a perfection she knows will never be achieved and through the unique obstacles presented by leading a group of teenaged girls.  They, in turn, work to meet her expectations.  I have no doubt that their steely resolve starts with her, but there is more to it than that.

When I was Jillian’s age, I called myself an athlete.  I was certainly not elite, but I was part of a nationally-recognized high school basketball program and – while not placing myself in their class – played with and against many players who went on to success at the collegiate and professional level.  Yet I am certain I could never do what my daughter does.  Of course, I couldn’t literally do it – twirl, twist, flip and contort – any more than she could run a fast break or venture into the paint among 6’8” defenders.  But that is not my point.  What I mean is that I have never been and could never be as tough as she is.  Even if I had the skill, I never had the determination to practice so long for such short bursts of competitive glory.

I loved to play.  She loves to work.  I was dedicated, but she is mentally and physically tough in a way I was not; in a way nobody I played with was.  And she is not unusual among her teammates.  Toughness is the one characteristic they all share.

If I were to go into her room right now and open her closet, I would be accosted by outfit after outfit crafted from beautiful fabrics in stunning colors with floral appliques and more sparkles than any man should see in his lifetime.  But I wouldn’t be fooled for a minute.  I’d quickly recognize what I’m looking at: A workshop loaded with tools of an arduous trade.  Even better, I’d recognize the lair of a beast and I’d know that the XS on the labels were not the measure of her heart.

I love sports and have huge respect for athletes.  I will continue to spend my Sundays watching the NFL and weeknights in front of every sport from basketball to boxing.  I will often marvel at the sheer will and determination of a competitor and understand that is part of why I watch.  But, unlike most of you, I will never look at an athlete and refer to him or her as “tough” because I have a unique perspective on that trait.

My daughter is a baton twirler.  I know what it really means to be tough.

May 06, 2010
Last week, my wife mentioned that one of the kids in the neighborhood was having a birthday party on May 6th. I responded by telling her, “That’s Willie Mays’ birthday.” I don’t know why I said it. I certainly knew she was not interested in this information and was unlikely to send a Hallmark greeting to the “Say Hey Kid”. If I had to guess I would say she wouldn’t even recognize the name of the greatest baseball player I ever saw. But this tidbit from the back of an old trading card was so easily accessible in my aging mind that it had little choice but to come out of my mouth. And it’s just the beginning of my problem. The things I have filed neatly in my brain would shock many people. Poems and speeches recited to long-ago classmates. Breakfast cereal commercials. Election results. Names of teachers, newscasters, disc jockeys and sitcom characters. Anecdotes for every social occasion. Boxes and boxes of baseball card factoids. A few years back, Sports Illustrated's Ste
Post a Comment
Read more

November 11, 2014
The other day, I came across a tidbit in the news.   It said it was the birthdate of former movie star Hedy Lamarr; she would have been 100 years old.    To call Hedy Lamarr’s life fascinating would be to damn it with faint praise.   The word to describe her journey has yet to be invented (Larmarresque?). She was much more than a beautiful woman, but beautiful she was.   Ms. Lamarr’s look was truly timeless.   Her publicity shots from the thirties and forties could be released, unaltered, today and cause the same buzz they did then.   Fortunately for her, though, the term “buzz” was not yet in vogue and she flew somewhat under the radar through a series of scandals that – if seen today – might cause the Twittersphere to explode.   She left Germany in 1933 after stirring up controversy for depicting the first female orgasm in non-pornographic film history.   She was married at least six times.   She essentially gave away her 12-year-old adopted son and never spoke to him agai
Post a Comment
Read more

March 16, 2017
As a person of limited substance, I have always been drawn to both light verse and baseball.   In the first grade we were asked to recite a poem in front of the class.  Amidst various renditions of Roses are Red , Jack and Jill , and Twinkle Twinkle Little Star , I offered up Ogden Nash's  Lineup for Yesterday: An ABC of Baseball Immortals --  all 26 stanzas and 104 lines. In this popular poem - first published by SPORT Magazine in 1949 and seen HERE  - I had discovered the masterful confluence of my two prime interests.  I was hooked young.and never lost my love for this unique work.  In fact, more than 50 years removed from that classroom, I still recite it to myself when I need to pass time waiting for the water to boil or the timer on the microwave to run its course.  With that in mind - and desperately avoiding whatever task actually needed to be done - I attempted an homage to Mr. Nash with a modern "Lineup" comprised of the "Immortals" of
2 comments
Read more