A Small Resolution for the New Year

December 30, 2011
Drawn to my laptop in search of old Christmas songs and related nonsense, I spent a lot of time searching the obscure corners of YouTube during the holiday season. Of course, like our attics and our basements, once you start poking around You Tube, you’re bound to uncover a lot of things you weren’t looking for.

My explorations took me somewhat circuitously from The Roches video rendition of The Hallelujah Chorus, to Leonard Cohen’s haunting masterpiece Halllelujah, to 2010’s Hope for Haiti Concert where Justin Timberlake covered that same song. Timberlake did a good job but, more than his performance, the concert itself has stuck with me ever since. I can’t stop thinking about its simplicity. A handful of singers each sang a song. Some celebrities answered a few phone calls. And millions of Americans texted, called or clicked in relatively small donations. 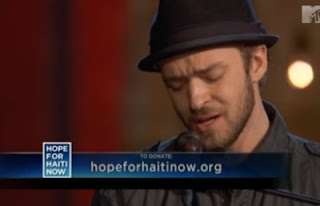 Just like that, a charity that didn’t exist two weeks earlier raised more money in two hours than most non-profits will see in a lifetime. This amazing event was most remarkable in that no single person needed to do anything even remotely remarkable to make it successful.

That realization called to mind a particularly charitable friend who has always said that the world will be changed by unremarkable acts. He regularly told any of us who would listen that it’s hard to change the world, but fairly easy to change individual lives for the better. I’ve watched him do just that as a role model, a mentor, a fundraiser and – most of all – a networker on behalf of others. The soundness of his theory was revealed in my own life this year, when two very small kindnesses I had done long ago were revealed as life-altering.

The first happened around 1980. A friend was working at a juvenile home upstate. He told me of a 13-year-old in his charge who was 6’4”, more than 200 pounds and had just begun playing basketball. A good kid with no guidance, the court had ordered him confined after he stole a lawn mower. If this big strong boy was released back to the troubled neighborhood he’d come from, my friend knew his future path was inevitable. He wondered if he could leverage the boy’s basketball potential in to a chance for a better life.

At his request, I phoned a private school coach I knew and told him everything I could about the young man – which was very little. My involvement ended there, but the match proved successful. The coach saw something in the boy and found a family to take him in to their suburban home. He became a good enough high school basketball player and student to start for a state championship team and earn a basketball scholarship to a Division II program.

Early this year, I had a chance encounter with someone who had been a college classmate of the rehabilitated lawnmower-thief. I learned he was now a model citizen with a large family of his own and a successful career as a regional Vice President for a business machines company. To this day I’ve never met him, but I’m thrilled to know a single phone call I made played a small part in radically changing his life for the better.

The second reminder came with a holiday greeting I got today. It was from a family friend; a young working mother managing a Wendy’s restaurant outside Philadelphia. The accompanying pictures showed a happy, healthy, and very spoiled pre-schooler. It was only natural for me to remember how close she came to having no beautiful boy in her holiday photos.

A few years back, this young woman became pregnant in her native Jamaica. As a legal resident of the United States, she wanted to have the baby here – just in case there were any medical complications – but did not have the means to get back to New York from Kingston. At that time, I had hundreds of thousands of frequent flyer miles at my disposal. Through an intermediary, she asked if I might be able to get her a plane ticket. I provided the ticket with no sacrifice whatsoever on my part. In fact, those miles – which carried an expiration date – would likely have gone unused or been used frivolously.

As it turned out, the baby was born with exactly the type of complication that was “untreatable” in Jamaica. Fortunately, it could be corrected over several months and several procedures here. Were it not for that flight – and the medical care to which it provided access – there is no doubt the baby would have died.

It’s hard to imagine a more uplifting holiday greeting, but I make no claim of having done anything special nor do I mean to pat myself on the back. Conversely, these events are noteworthy to me precisely because of how little I did and how much several lives were eventually impacted. I keep coming back to my friend’s belief in “unremarkable acts” and the lessons of the Hope for Haiti concert.

Sure, the world will always need heroes. I encountered many of them this year; men and women who’ve risked their livelihood to stand up for those who can’t do it for themselves. In 2011, various friends and acquaintances built two charities from the ground up, have made generous monetary donations, and have traveled to Africa, South America and Haiti on missions of aid and mercy.

They have my unflagging admiration, but I was usually “too busy” to offer much help myself.

But I now know the power that can be found in a small favor. Even if we lack the time, the skill, the wealth or the heart for truly heroic work, there is still much we can do to offer hope. And, on occasion, those small everyday favors might help change the world.

I want to do more in 2012. Maybe I’ll have more time to do some big things. Maybe I’ll be inspired by those compelled to do the heavy lifting. I hope so, but that’s a New Year’s resolution that proves beyond most of us. Offering a simple helping hand, however, is easy. A piece of advice, a job referral, or a few dollars here and there can bring meaningful change just like it did to a young boy and a young girl in my life.

It’s a good thought and a good time to share it with my friends. Here’s to a happy, healthy New Year filled with small kindnesses; and maybe some changed lives.